When I started on this journey to become self-employed I knew that one the hardest things to deal with would be other people’s opinions on what I was doing. I knew that the road I was about to embark on would strike a chord of fear amongst many because I was doing the opposite of everything we’ve been taught that would lead to a ‘successful’ life.  Fighting against a lifetime of education aimed to do one thing, is not easy.

I knew that to realise my dream I would need to surround myself with people who were a positive influence. People who encouraged and believed in my dream rather than those who would project their own fears on to me in an attempt to be down to earth. To be rational. But why does this fear exist? 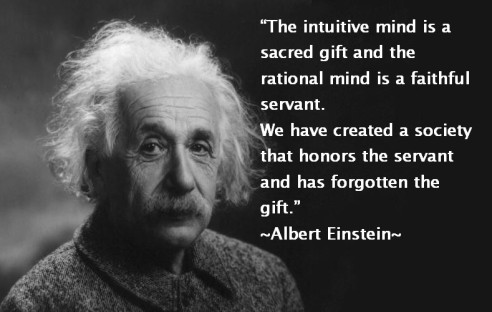 All our lives – right from when we are children – we are told to be sensible. To stop believing in magic and tone down our imagination. To be ‘realistic’ of what we can achieve in our lives. There is this underlying fear of winding up penniless and on the street, and so most of us are discouraged from following our dreams. Our teachers/parents/peers pass down this fear because they feel they are protecting us.

To understand why, we have to look at what our grandparents had to go through in order to survive during and after the war. They did not have the luxury of dreams. Their fears were based very much on reality. In a time where many did not know where their next meal was coming from, if at all, the priority was on finding a good job that would secure survival. (This is sadly still the case for many people, and I would like to point out now that this article is not about people who are fighting to survive.)

Alone to exist was to live.

For many of us that simply isn’t the case anymore. Now more than ever we can afford to dream, to try living beyond just survival.

We do not need to continue the cycle of fear – to teach our own children to play it safe. To let fear be the ruler of their lives so that they don’t take risks.

Consumerism was born and suddenly we needed far more than before.

Today our whole economy is based on keeping us living in the fear that without a good steady job, we won’t earn the money in order to accumulate the things that will make us ‘happy’. We are not sold a car, a house, a skin product. We are sold a lifestyle. We are told that by purchasing these items, we will automatically achieve the happiness and fulfilment we are all so desperately looking for. When inevitably the high of buying something new wears off and we realise that the joy was only temporary, we look for the next thing to own.

The next happiness item to add to our collection of stuff.

When the thrill of buying something new fades, most of us are left with that underlying depression that was there before, and we become confused because, aren’t we living exactly the life we should be? The one we’re told to obtain by everyone around us, not just the big corporations but all those in our lives? The life we are promised will make us happy?

We then end up working even harder to earn more money, to buy more stuff to see if that will make a difference. And so the cycle continues until we either die never having really lived, or we find the courage to break free from those chains and ask ourselves honestly the question that has been trying to force its way to the surface for so long.

If every single person was to realise that the accumulation of possessions does not in fact equal any real or lasting satisfaction, would we start to see a World based on real change for the better? Would companies be forced to explore not ways of making us look younger, but making us healthier? Not ways of selling us the latest gadget, but to find ways to use technology to save and preserve our earth? To cure World hunger, not exploit it?

But how can we achieve a freedom from the fear of no security? The fear that if we were to stop buying into this life, that we would somehow end up out in the cold, on our own, with nothing. No dream. No security. No life.

Cutting the puppet strings that are purposefully holding us back from our true potential is not easy. In order to do so successfully you have to realise the truth that everything you see on TV and read in magazines, everything you’re taught in school and in your job, is aimed at keeping you in ‘your rightful place’ in society. A worker ant. A cog in the machine that will ultimately not benefit anyone but those in control of it. (Kudos if you are one of those people – you can stop reading now 😉 )

If you are reading this and you have that uncomfortable feeling in the pit of your stomach of ‘Yes I know this! But how can I do anything about it?’, you’re already way ahead of the majority of your peers. As someone who wears her heart on her sleeve (as you will have noticed from my blog) I can tell you from speaking so openly about this with others that no matter what social circle or work environment you find yourself in, YOU ARE NOT ALONE.

Every day more people are breaking free from the confines of what we are made to believe is a normal state of living, and are making their own way. And we can too.

A simple google search will have you inundated with sources of people waking up to this simple truth. And this isn’t a new revolution. There have always been people who didn’t allow other people’s fears and narrow-minded thinking stop them from achieving their dreams.

Because without our dreams or imagination, we wouldn’t have put men in the sky with the birds, invented electricity that could be harnessed into a power source or put a man on the moon. Did you know that neither Galileo, Bach or Einstein were respected in their time? That in fact they were often criticised and treated as morons? Do you think they would have succeeded if they had allowed the common perceptions of their peers stop them from becoming the historic figures of excellence and innovation that they are today?

And so I implore each and every one of you. If you have a dream, don’t let it die. If you have a feeling deep down inside that you are not living the life you were meant to live, don’t push it down further. I can’t promise immediate change, but I can promise you this: If you are willing to break down the confines of what you believe to be possible and learn to understand that there is no limit to what you can achieve, you WILL start to see your life change.

And you will start to understand the true meaning of happiness and fulfilment.